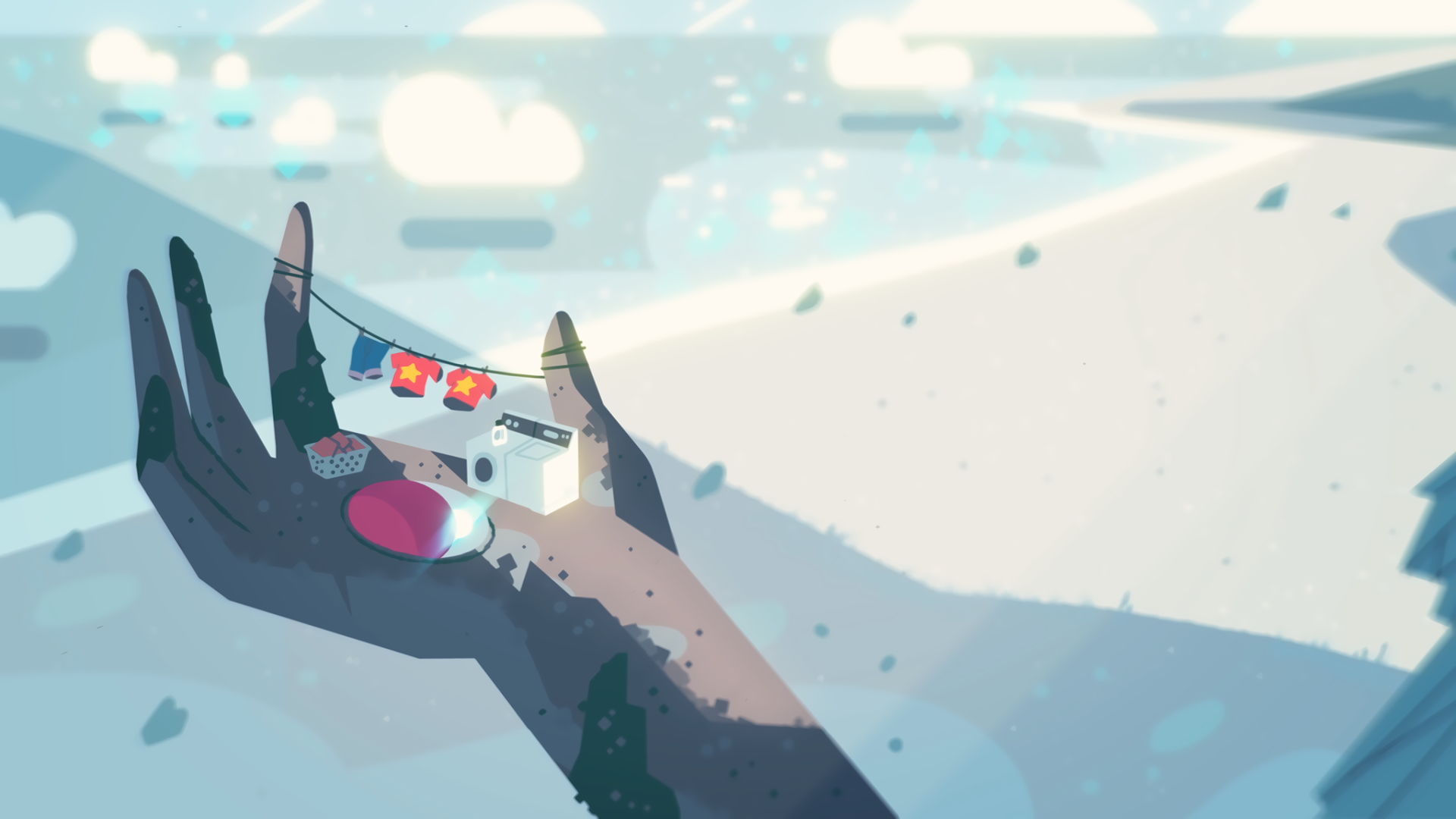 If there’s one thing I’ve learned during this decade we call 2020, it’s that friends don’t let friends sleep on Steven Universe. [Thanks, Josué!] So, if no one has done it yet, let me be the one to tell you that you need to watch this show!

Creator and showrunner Rebecca Sugar is an amazing talent, and I’m dead serious when I say that, along with the rest of the Steven Universe team, they’ve created one of the most well-crafted stories television has ever produced.

Don’t make a huge mistake by preemptively writing off the Cartoon Network show as a silly, insubstantial, run-of-the-mill kids show. It’s certainly chock full of silliness, it’s accessible for kids and written with them in mind, but that barely scratches the surface of what Steven Universe is. Teeming with empathy, the show is also droll, inventive, clever, inclusive, charming, inspiring, whimsical, and emotionally resonant. Love and kindness, acceptance and optimism, somehow the show’s creators don’t just illustrate those things, but reach out through the screen and offer them to the viewer.

A cartoon doesn’t become a low-key cultural phenomenon for no reason, and Steven Universe has done just that, inspiring a devoted cult of adult fans. As this post makes obvious, I’m a proud convert to the Church of Steven. That’s because the show – with its beautiful philosophy of what we all mean to each other, and how we can and should treat one another and ourselves – genuinely makes me want to be a better person, and more than that, I believe it’s already helped me on my way. [More on that in next week’s post.]

I will say that for the first 20 episodes or so [each episode is 11 minutes long] the show more closely resembles what most people might expect: a charming kids show about a sweet, hilarious little boy getting himself into trouble around Beach City, and tagging along for adventures with a team of badass, super-powered aliens called the Crystal Gems. But by the time you reach episode 23, the seeds of deeper themes have begun to sprout. [Let me be clear, even in the early episodes – and other similar episodes throughout the series – the show is still a delight. For example, the comic timing is genius from the very beginning.]

The show’s depth becomes more and more apparent as Steven grows up significantly in a relatively brief timeframe. Unlike the characters in most shows – for adults and kids alike – Steven is permanently changed by his experiences in consistent and believable ways. And that goes for every other character on the show, who (almost) all change considerably between their first appearance and the final episodes. There is never a shift in character – large or small – that isn’t earned. There are no changes or developments that don’t fit the narrative and emotional trajectory built into the show. Even in Steven Universe: Future, which is a significant departure from the earlier tone, and wasn’t foreshadowed throughout the original series, the change feels natural. It’s a believable extension of the original arc, considering what the characters have been through up until that point.

And unlike the vaaaaaaaaaaaast majority of shows, it’s clear Sugar had a plan all along. With nearly 35 hours of story [six seasons and a movie!], released over the course of nearly seven years, there isn’t a single significant course correction or retcon [i.e. retroactively pretending previous story developments never happened or happened differently]. Thanks in large part to the remarkable job they did laying a solid foundation in season one for the original series-long story arc as a whole, the entirety of the show is tight and unified. Rewatching the show, I see subtle moments and Easter eggs in early episodes that pay off in future seasons, sometimes several years and dozens of episodes later. Even in the wake of “peak tv,” I’ve never seen it done this well.

Oh yeah, and speaking of believable, incremental growth: the worldbuilding is incredible. They’ve dreamed up an engaging, original universe [no pun intended!], and it is gradually and organically revealed as Steven learns more about his world, his family, the past, and himself. The worldbuilding, as well as plot and character, is never moved along by shoehorned exposition. Every revelation is narratively centered and earned.

But the most important reason you should watch Steven Universe, is that I genuinely believe it matters even more right now. It’s the perfect antidote to the current horror show we find ourselves in. Even at its “shallowest,” it offers a bit of goodness, some hope and delight in a dark world.

At its most affective, it’s a powerful story about how to be a person. It’s about loving the people around us optimistically, always looking for who they are underneath the fear and ignorance and rough edges. It’s about believing that, with a little room to fuck up and learn and change, people can actually grow into the person they had the potential to be all along. It’s about believing people can learn there is another way to be themselves and see the world. And the show is clear that the person who we need to love like that is very often ourselves.

Those are powerful, life changing things to learn at any time, but the reason why the show is so important for this moment is that while it embraces that beautiful philosophy, it’s also about never walking away from a fight when it’s time to defend and protect those who need it. The show makes it clear that loving the difficult people never means allowing harm or injustice. Steven always hopes for change, but he never waits for it at the expense of others. He is empathy personified, and he can’t look away while someone suffers. He will always choose to stand between any person and those who mean them harm.

This show is the opposite of both the interpersonal and the systemic toxicity and ugliness at the core of the world as it is.

All that to say that Steven Universe is wonderful and significant, and you should watch it.